Finding the Red Hills:
The Most Beautiful Scenic Drive in Florida 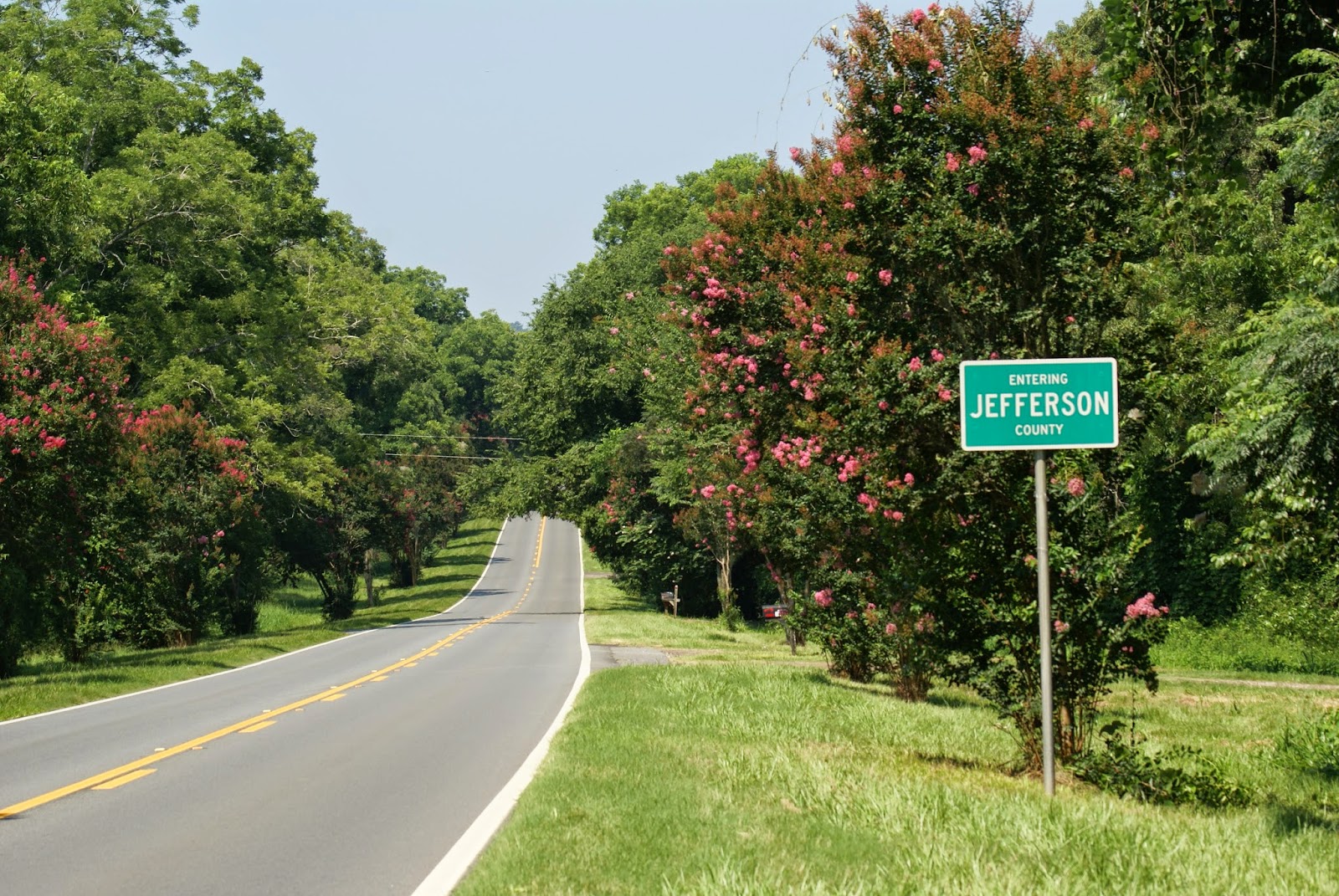 The scenic, landscaped corridor linking historic districts in Monticello and Tallahassee is best known as Fred Mahan Drive. Easily the most beautiful twenty-five miles in Florida—it started as a tribal path—became the Old Spanish Trail and is now Route 90, once the main east-west route across Florida.
In 1935, at the height of the depression in our area, Mahan’s nursery of Monticello, then one of the largest plant and tree nurseries in the Southeast, donated thousands of shrubs and trees to beautify the right-of-way along this drive. With federal funds, Jefferson County Highway Department employed thirty-five men at 30 cents an hour to plant the donated shrubs, providing desperately needed jobs at what was a fair rate of pay for the height of the great depression.
The highway right-of-way background, middle and foreground plantings consisted of pyracantha, arbor vitae, flowering crape myrtle, ligustrum and some palm trees. Recent additions of smaller crape myrtles, planted every 100 feet, from the intersection of I-10 and US 90 east of Tallahassee, for twenty plus miles to the edge of Monticello present a spectacular range of brilliant colors throughout the early summer months.
For most of the year the shrubs are lush and green. In winter, bare of leaves and flowers, their cinnamon branches are still attractive. In late April crape myrtles are covered in deep green leaves. In mid-May many of the shrubs begin to produce large clumps of conical white flowers followed by old-fashioned “watermelon pinks” and a few days later the gorgeous dark reds. When the crape myrtles are blossoming this two-lane road running east from Tallahassee to the historic City of Monticello, Florida is a never to be forgotten treat, easily the most beautiful drive in Florida.
This beauty is worth seeing and preserving. Some Florida citizens demonstrated their appreciation in the 1990’s when early one Monday morning a Florida Department of Transportation crew discovered vandals had attacked and all but destroyed an expensive, high-tech wood chipping device. Apparently tired of mowing around bushes, the crew started to use this machine to “clear” the shrubbery from both sides of Highway 90 east late that Friday afternoon. After cutting down and chewing up a few crape myrtles and other shrubs they cut the machine off and left for the weekend.
Luckily, a reporter saw the big machine devouring the crape myrtles on Friday and submitted a story to the local paper. The outcry was almost unbelievable. Telephone lines seemed to catch fire from Monticello to Tallahassee to Washington, DC. Angry people called to demand help from Jefferson and Leon County elected representatives to stop the destruction.
Sometime Saturday or Sunday evening, someone—a nature lover I assume, cut the hydraulic lines, rendering the valuable machine useless. This action and subsequent news stories and the frantic, angry telephone calls stopped the desecration and saved the beauty for us to enjoy today.
If you slow down a little so you can enjoy the wonderful view, you can see an occasional sturdy-looking palm tree tucked in behind the crape myrtles. The Ligustrum blossoms just before the Crape Myrtles, the large rounded shrubs appear dusted with snow and smell as sweet as honeysuckle. You will even see a few overgrown and badly misshapen arbor vitae, but not a single pyracantha.